Take a Shot at Sports Early 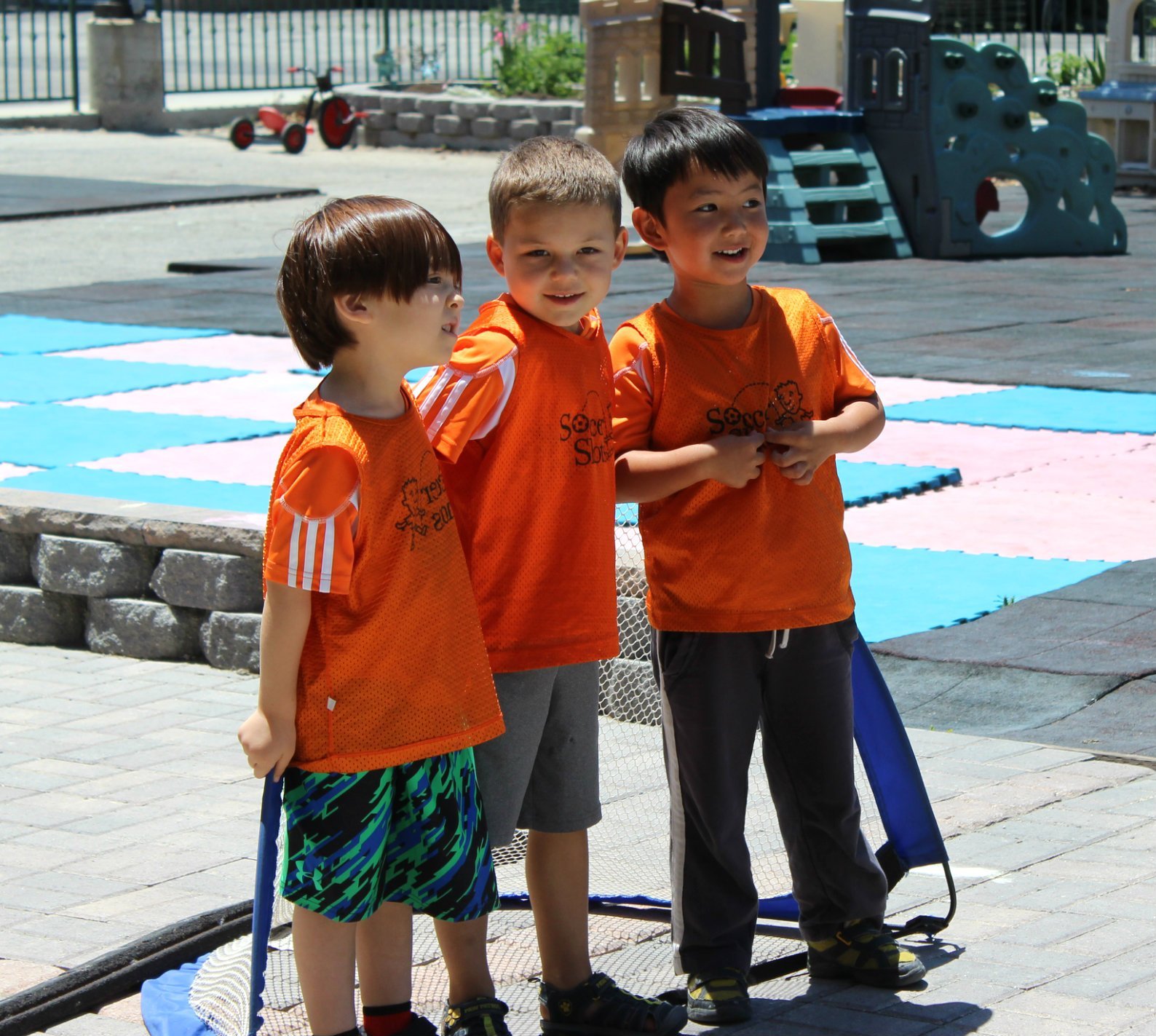 Take a Shot at Sports Early

It’s never too early to introduce your child to sports and fitness! Today, our LBA preschoolers are learning the fundamentals of a thriving SoCal sport — soccer! As we’re sure you know, kids are full of energy and eager to learn new skills. Enrolling your child in sports programs or teams allows them to have an outlet for their seemingly boundless energy while introducing them to a potential new passion! You never know what kind of organizations or sports your kid will love until you let them try it out for themselves.Who knows, your little one could be the next Chloe Kim (2018 Olympic gold medalist for snowboarding, raised right here in Torrance!).

Here at Leap & Bound we already have some amazing future athletes learning new skills every week! One of our partner programs, Soccer Shots, visits LBA every Wednesday and teaches soccer to some of our students. Southern California, and especially the South Bay beach cities,  is known for its thriving youth soccer organizations (AYSO was founded here as well as many club teams). That’s why it’s a great idea for Soccer Shots to introduce this fast-paced SoCal sport to pre-schoolers! We stopped by today’s practice on the playground of LBA’s Medical Center location to watch some of our LBA students take on soccer! 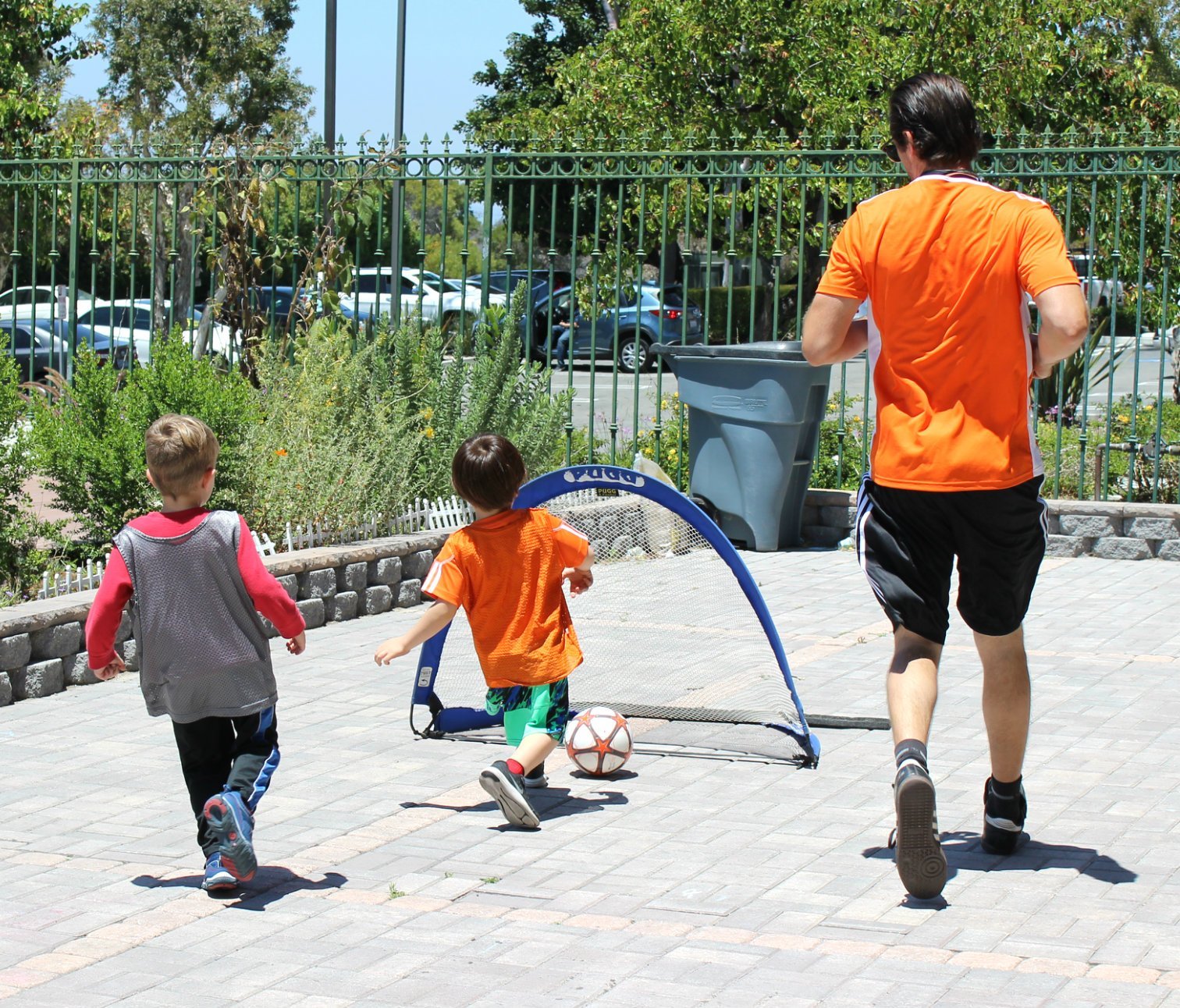 After getting warming up (and several reminders from the coach that hands are not allowed), our LBA kids got into some 1v1 competitions. Two mini-sized nets were set up in the yard and the kids took turns trying to score on their opponents. The preschoolers’ level of energy and motivation was impressive, and soon they were successfully scoring their first goals! After every soccer player had their turn, it was time for the big game. The group scrimmage, where each LBA student became a team player and worked together to achieve one common … Goal! 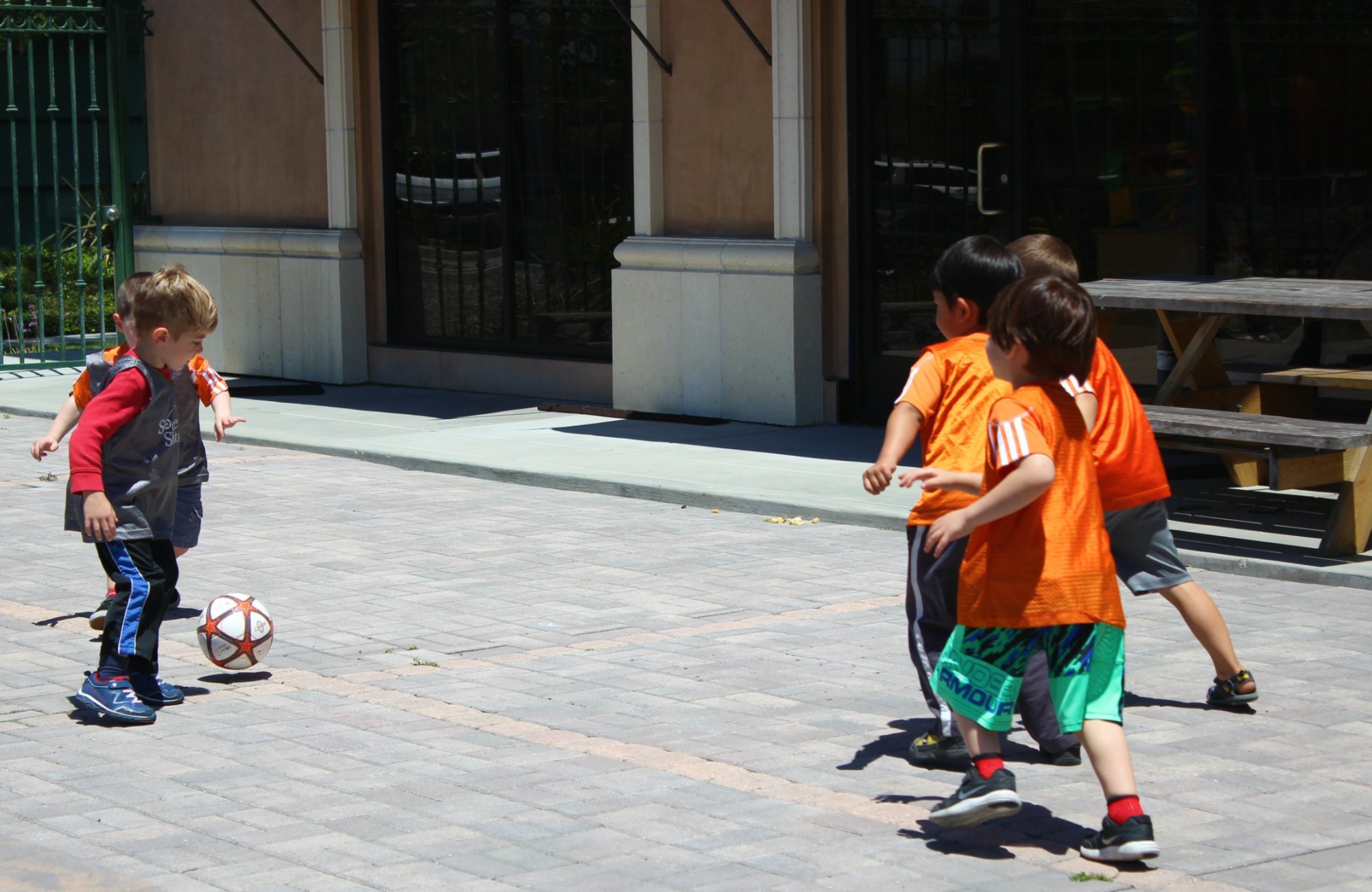 The game begins … a face-off between the gray team and orange team. 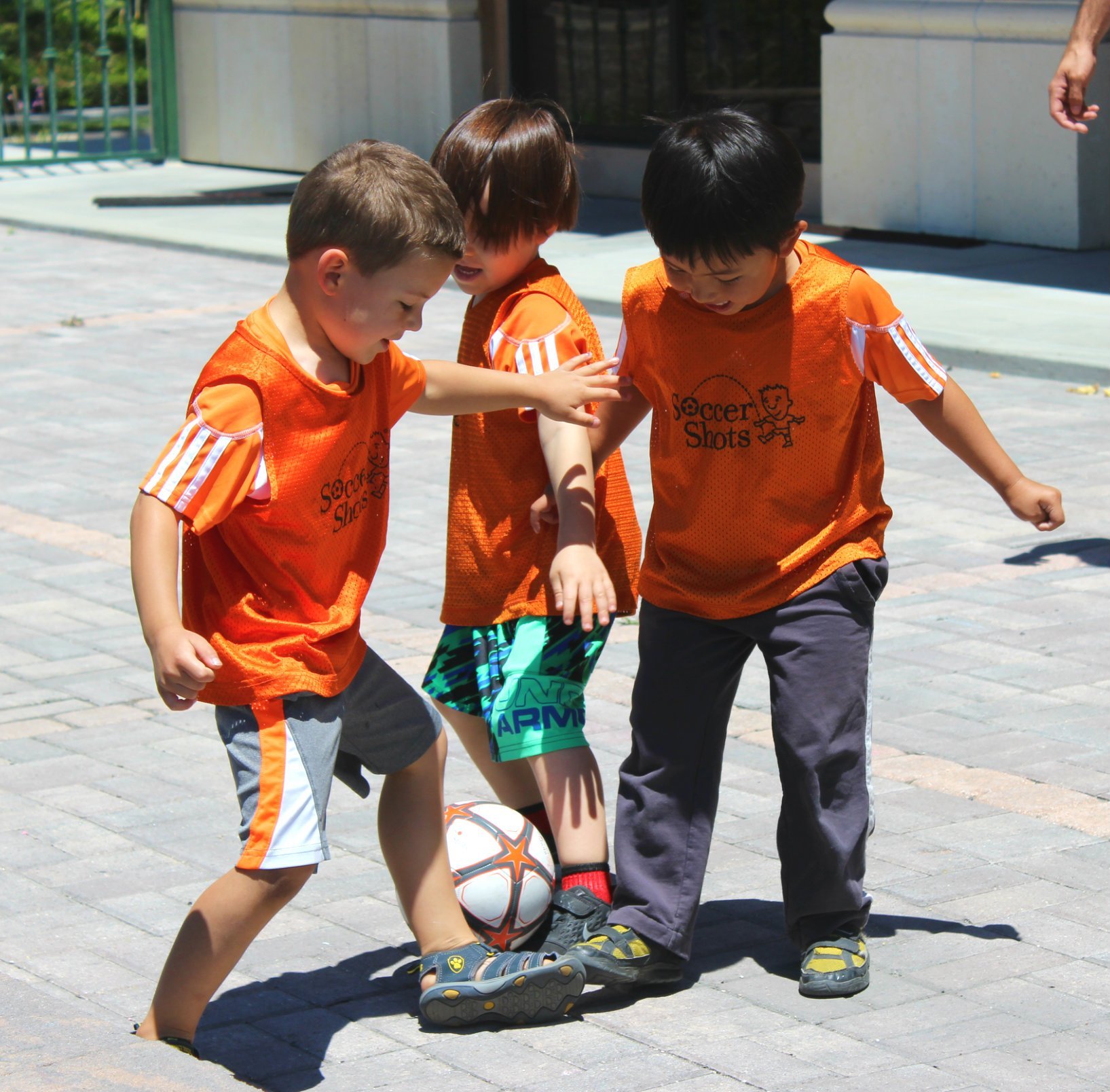 Some good-natured competition ensued between three members of the orange team all fighting for the ball. 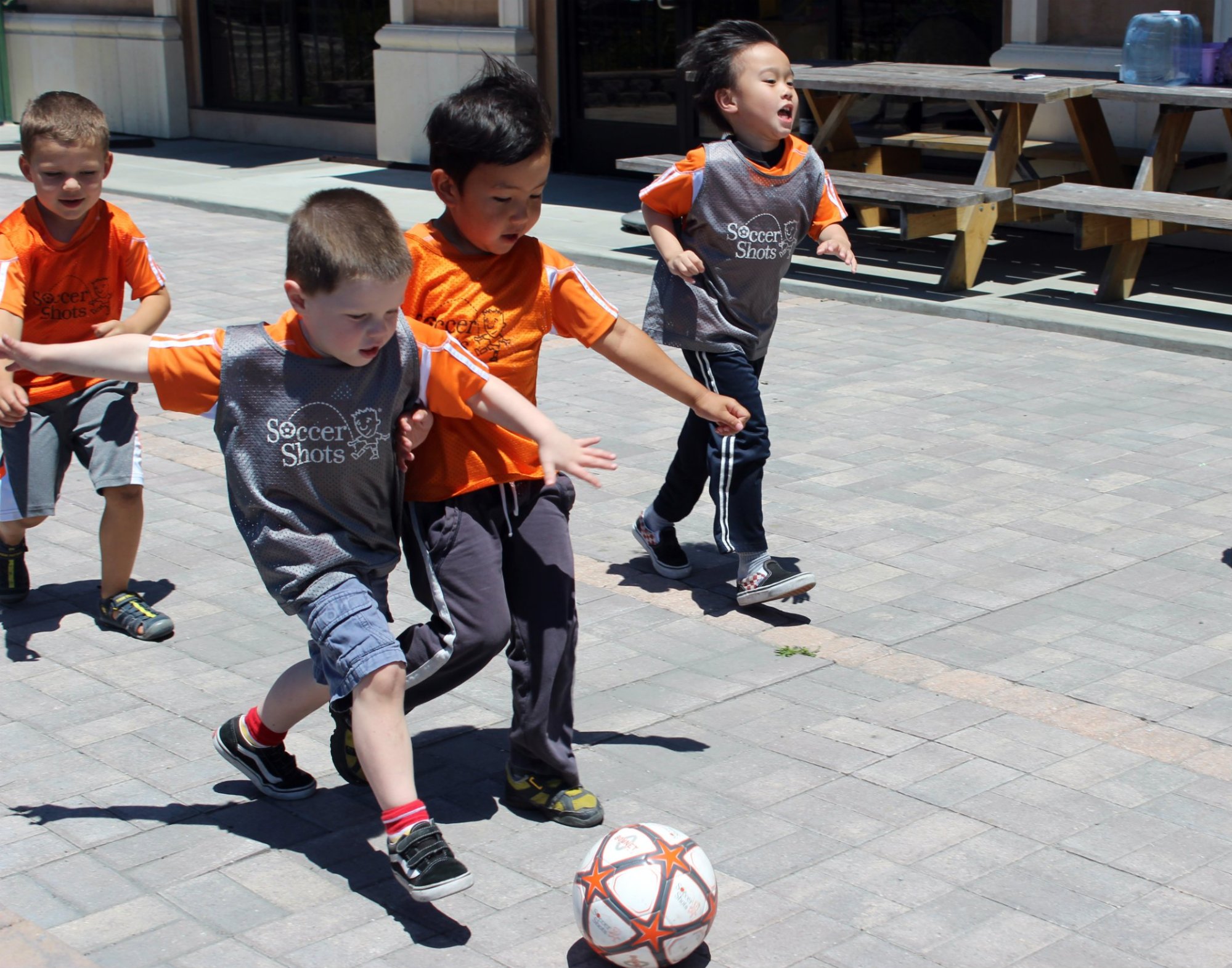 Suddenly, we have a breakaway! Everyone sprints after the ball as the shot is taken — 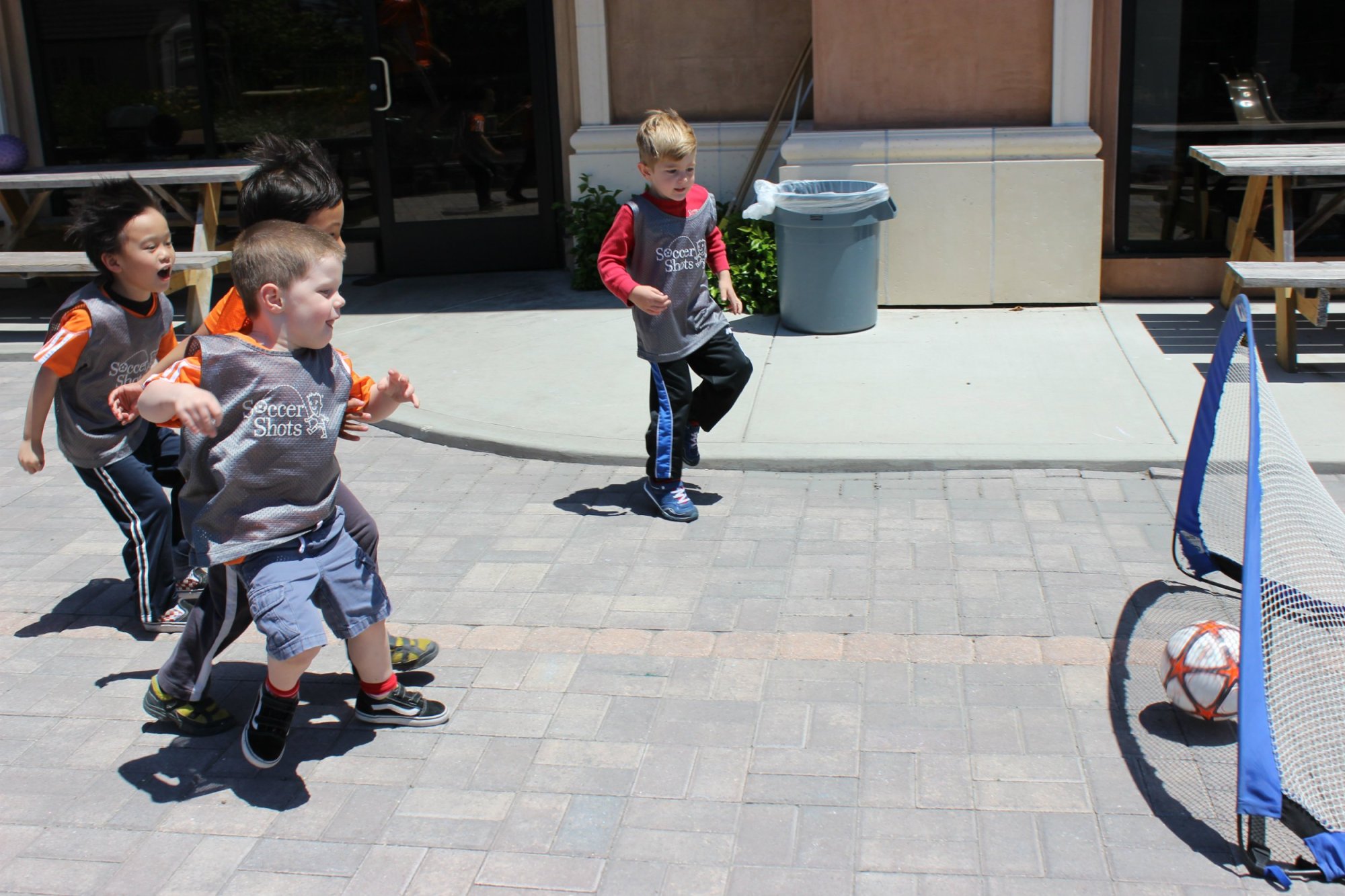 — And he scores! An exciting finale to the day’s soccer lesson.

After completing their soccer practice, it was clear that LBA’s preschoolers not only have a head-start in academics, but in sports as well! Introducing kids to a variety of activities at a young age helps diversify their experiences and find the passions they will pursue later in life! LBA’s partnership with Soccer Shots is helping to do just that, and we’re excited to continue sharing the other ways Leap & Bound Academy students are engaging with the world this summer!

Add Preschool & Kindergarten in Torrance & Redondo Beach to your Homescreen!